CJK FTA Opening Session.jpgThe Trilateral Cooperation Secretariat (TCS) hosted the CJK FTA Seminar on June 18, 2013 in Weihai, China in collaboration with Weihai Municipal Government and with media support from China Daily. It was the first gathering of the three countries’ officials, scholars, business and media representatives after the first round of CJK FTA negotiation this March. Mr. YU Jianhua, Vice Minister of Commerce of China; Mr. WOO Taehee, Assistant Minister for Trade, Ministry of Trade, Industry and Energy of the ROK; Mr. SUN Shutao, the Secretary of the Weihai Municipal CPC Committee and Amb. Shin Bongkil, Secretary General of the TCS attended the seminar.

Amb. Shin Bongkil delivered the opening speech (Attached Files). He expressed belief in the resilience of the trilateral cooperation to transcend difficulties in bilateral relations, and affirmed TCS’ full support to the establishment of the CJK FTA, which would build a common market of 1.5 billion population and 15 trillion US dollar worth of GDP, contribute to the regional economic integration and essentially lay a firm foundation for deepening the trilateral cooperation.

Mr. YU Jianhua made the keynote speech. Recognizing the importance of CJK FTA for the cooperation and development of the three countries, he reiterated that the Chinese government, in cooperation with Japanese and ROK governments, would pro-actively and pragmatically work for its establishment. He announced that China would host the second round of CJK FTA negotiation in Shanghai at the end of July, and the third round will be held in Japan at the end of this year.

Mr. SUN Shutao spoke on behalf of Weihai City. He expressed the hope that the CJK FTA may create opportunities for the mutual enhancement of regional cooperation and local economic development.

The following 3 sessions discussed the implications of CJK FTA, trade in goods, trade in services and investment. It was generally observed that the three countries are partners in the regional production network. The CJK FTA will generate significant benefit to the three countries, particularly with the fast growth and expanding market of China. It conforms to the rising trend of FTAs in the Asia-Pacific, and will surely contribute to the common development across the region. The negotiations shall have comprehensive coverage, including not only tariff concessions, but also industrial cooperation, trade facilitation and standards building, etc. Sensitive sectors such as agriculture, and specific issues such as negotiation model, should be carefully studied and properly managed. Active involvement by the business, academia, media and local governments is recommended. Participants shared the expectations for the success the CJK FTA, hoping that it may further strengthen trilateral economic ties, generate trusts among the three countries, and ultimately spearhead an era of peace and co-prosperity in Northeast Asia.

The seminar received support and participation by the negotiation teams of the three countries. Alongside the event, the TCS also staged a “Trilateral FTA: Win-Win-Win” exhibition. As an international organization among the three countries, the TCS will continue such efforts for the promotion of CJK FTA as well as the trilateral economic partnership. 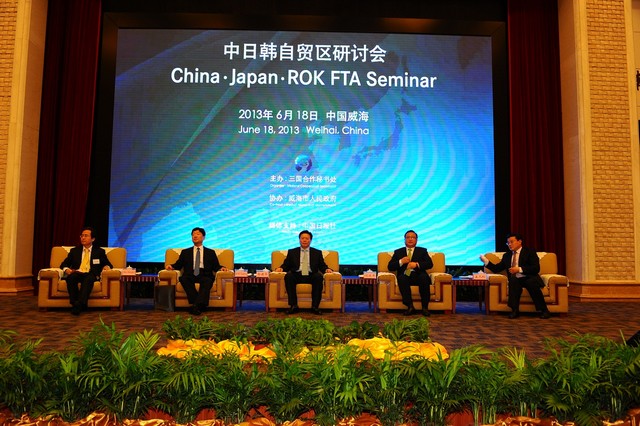 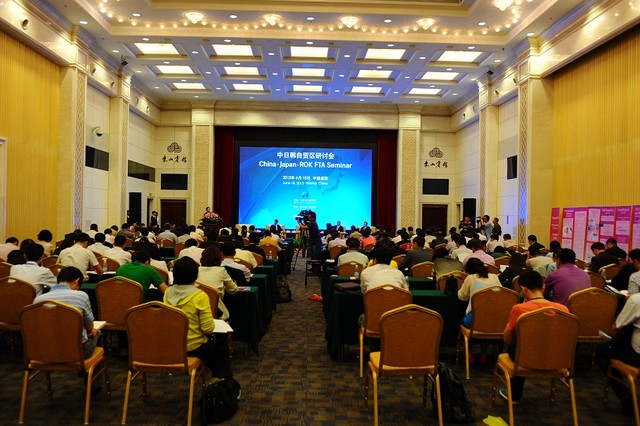 CJK FTA Seminar was well attended with over 100 participants from the three countries. 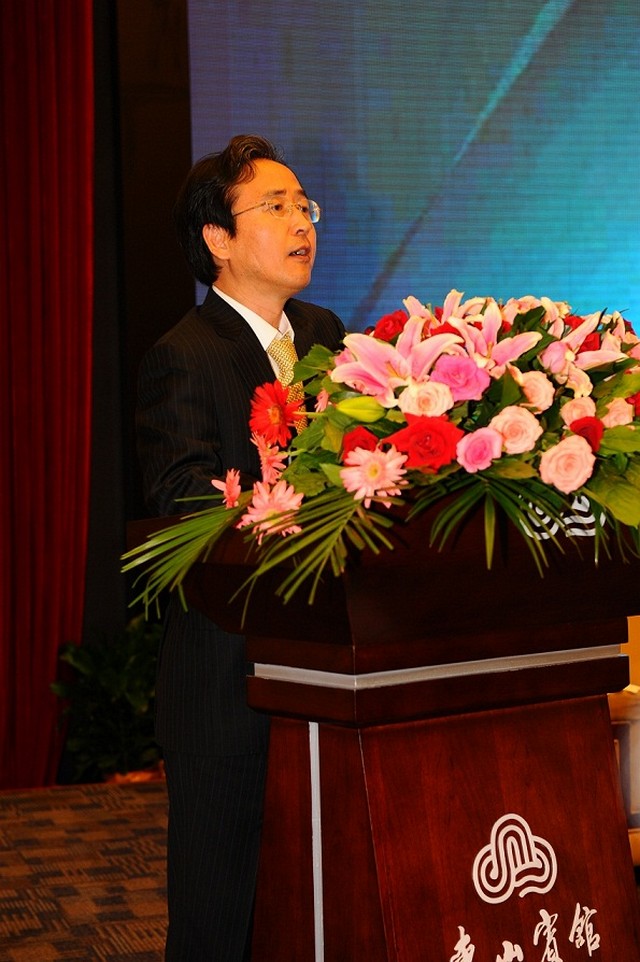 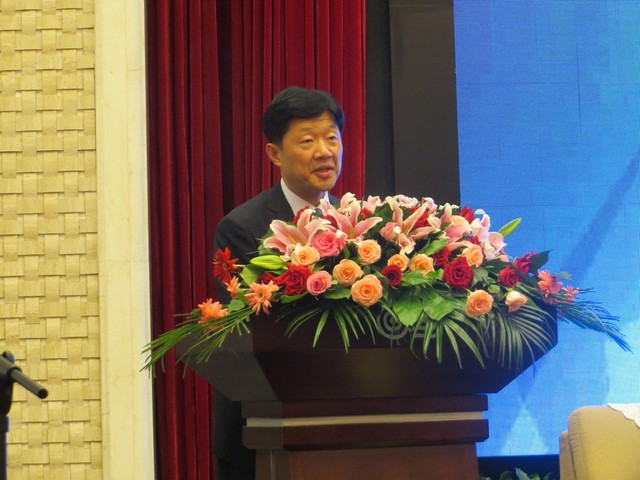 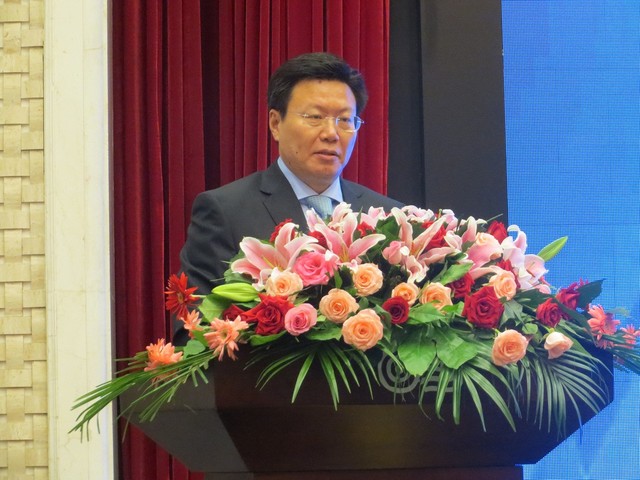 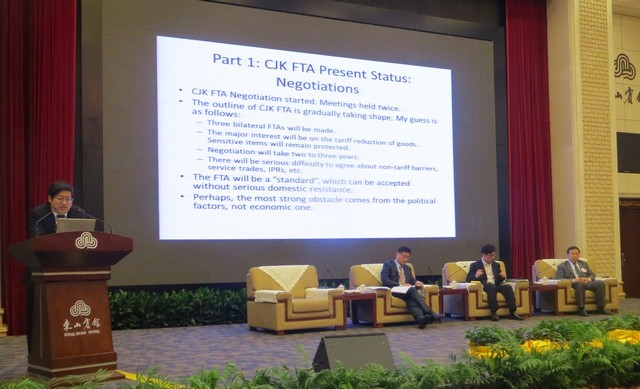 Session 1: Significance of CJK FTA in the Trilateral Coperation and the Economic Partnership in the Asia-Pacific Region 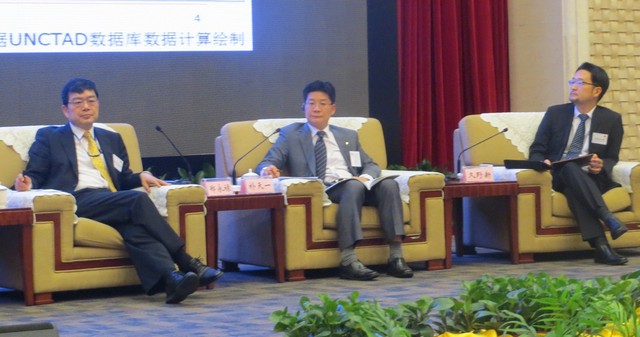 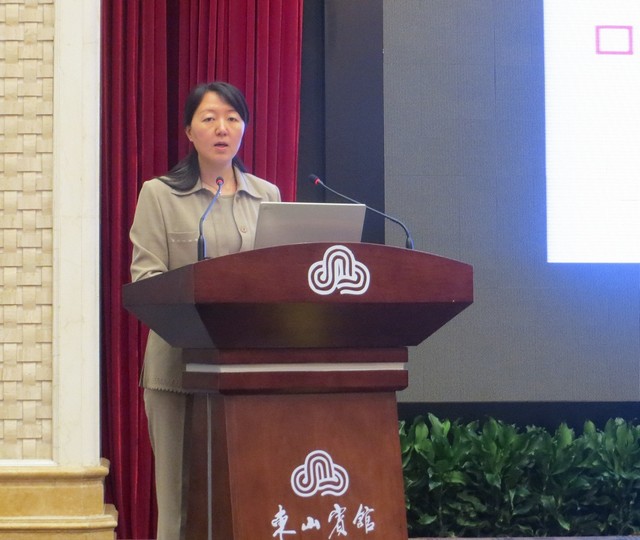 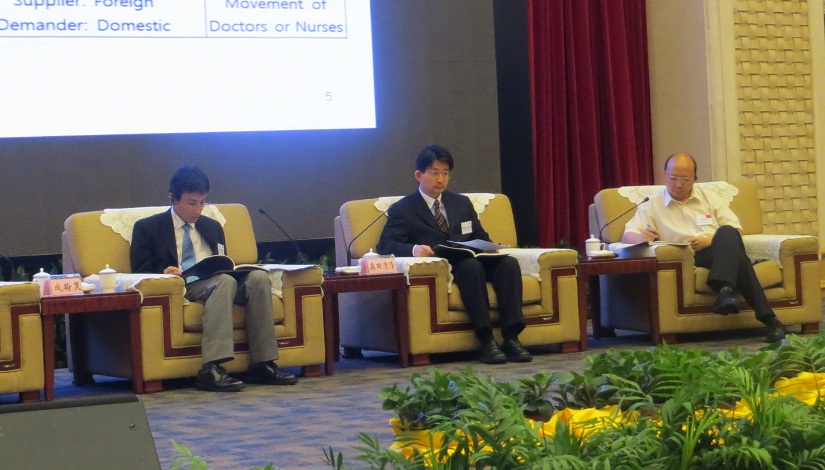 Session 3: Trade in Services and Investment 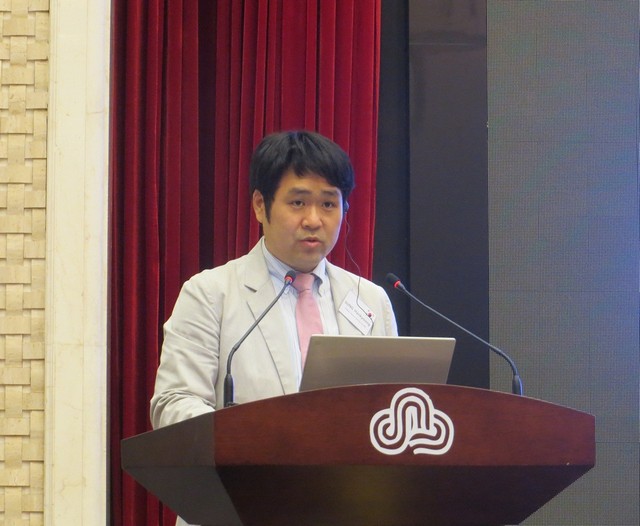 Mr. Sung Hankyoung, professor of Kookmin University of the ROK, makes a presentation at the Session 3.