The 2nd International Conference on Trilateral Security Cooperation was held in Beijing, China on May 30-31, 2016. The conference was organized by China Institute of International Affairs (CIIS) and attended by over 50 officials and scholars of political and security fields from China, Japan and the ROK. Mr. Xiao Qian, Director-General of Asian Affairs Department of Chinese Foreign Ministry delivered keynote speech at the conference. Mr. Tokuchi Hideshi, Former Vice Minister of Defense for International Affairs of Japan, Mr. Kim Sukwoo, President of National Development Institute of the ROK and Mr. Yang Houlan, Secretary-General of TCS delivered remarks in the opening session.

In his remarks, Secretary-General Yang Houlan pointed out opportunities and challenges in the trilateral cooperation. He emphasized that under the current complex security situation in Northeast Asia, it is highly important for the three countries to strengthen dialogue to enhance mutual trust and reduce suspicion, as well as to explore feasible ways for security cooperation. He expressed that the TCS has been making effort to push forward the trilateral security cooperation by organizing track II dialogues and hoped to work with relevant think-tanks in the three countries to create more platforms for candid exchange in this regard. He also raised up suggestions in enhancing trilateral cooperation in security sphere: 1) deepen exchange on security policy of each country and innovate concept on regional security cooperation; 2) properly address sensitive issues in the region; 3) strengthen cooperation in non-traditional security area; 4) upgrade security architecture in Northeast Asia.

In the following sessions: 1) evaluation of current East Asia security situation; 2) new development of major states’ security policy; 3) identification of regional security challenges; and 4) policy recommendation for trilateral security cooperation, participants engaged in heated and fruitful discussion and reached consensus that the situation in which economic interdependence and security tensions coexist must be overcome in order to build permanent peace, stability and co-prosperity in the region.

The International Conference on Trilateral Security Cooperation is a pioneering endeavor of the three countries to promote academic exchange and provide policy recommendations on the trilateral security cooperation. The first Conference took place in Beijing in 2015. 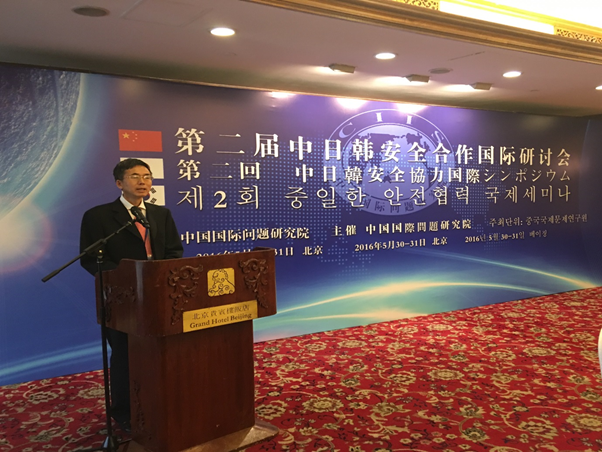 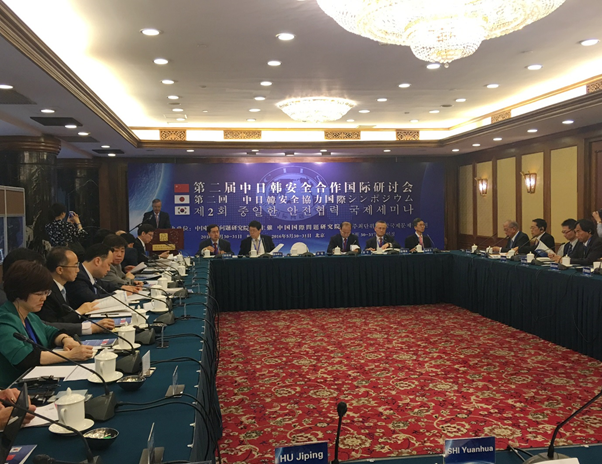