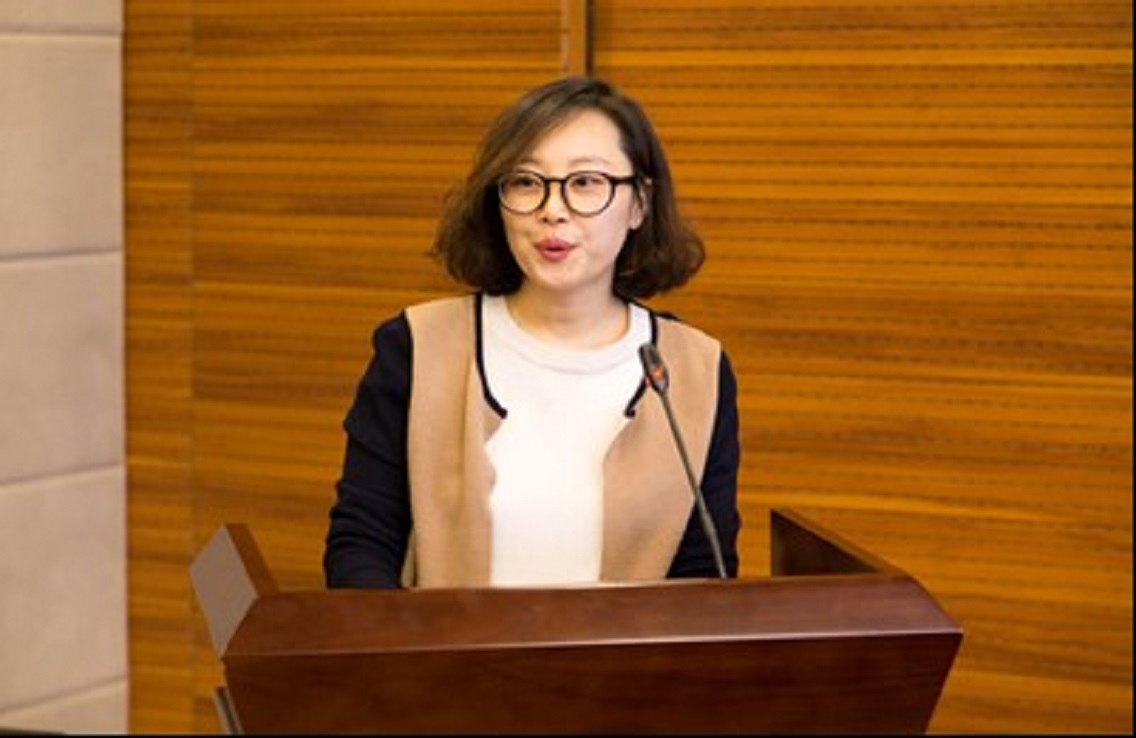 The Trilateral Cooperation Studies Center (TCSC or the center) at Dalian University of Foreign Languages was established in September 2014 and started operating under the framework of the Northeast Asia Research Center of the university. The Northeast Asia Research Center was established in 2011 and is a regional and national research center approved by the Ministry of Education of the People’s Republic of China. The center is committed to the development of regional and national research in Northeast Asia and regional cooperation research in the Northeast Asian region. It is also committed to the understanding of the interactions between China and its neighboring countries from the political linguistics perspective, and promotes cultural exchange and cooperation in Northeast Asia. The TCSC is an important component of the Northeast Asia Research Center. It has 8 researchers, adequate funding, and various research activities. Since its establishment, the TCSC has held more than 10 academic symposiums, with topics ranging from China–ROK relations; One Belt One Road and the trilateral cooperation; people-to-people exchange mechanisms for Northeast Asia; Sino-Japanese educational exchange and cooperation; international political linguistics research etc. The TCSC has invited renowned local and overseas scholars for more than 20 lectures and they have also developed an in-depth exchange and communication with the TCSC staff in various areas. This has widened the research ideas of the center and expanded the center’s influence at the same time. In 2016, the center invited the Secretary-General of the Trilateral Cooperation Secretariat, Mr. Yang Houlan, to be a guest professor at the center. At the end of 2014, the university applied to join the “China National Association for International Studies” and was approved. This signified that the TCSC has been recognized and accepted by the academia of international relations in China.With the gradual growth of its research capability, the center has started establishing communication channels with the academic and political world. In June 2015, the center started releasing periodic policy reports, such as Trends of Northeast Asian Studies, which closely analyses the dynamic situation in Northeast Asia. Against the backdrop of Northeast Asian relations, the report is committed to expanding the academic influence of the university and provides advice and suggestions for national and local economic development. Until today, the Trends of Northeast Asian Studies has released a total of 26 issues. Among them, one report was listed on the internal reference section in the People’s Daily, 9 reports were adopted by the Liaoning Provincial Party Committee and Dalian Municipal Committee, and 1 report was submitted by the Liaoning Provincial Government to the General Office of the Communist Party of China. The Trends of Northeast Asian Studies is serving as an information tool to assist related governance and has received praise from academic and political circles.In addition, the TCSC also has completed some interdisciplinary research. In 2013, the center undertook a study on the Opportunities and Challenges in Building Peace and Security Mechanisms in the Korean Peninsula approved by the Ministry of Foreign Affairs and submitted the policy report entitled “Current Political Situation in North Korea and Our Response Measures”, which was recognized by the Ministry of Foreign Affairs. In 2016, the center completed a draft document requested by the Department of Education of Liaoning Province on the “One Belt One Road Education Plan.” The draft document combined the spirit of the “One Belt One Road” initiative and the educational exchange in Liaoning province, considering the educational status of Liaoning province, to tease out the key points of educational cooperation. This work was praised by the Department of Education of Liaoning Province. In 2017, the center was commissioned by the Dalian Municipal Committee to carry out a pilot study for the construction of the Dalian Free Trade Zone.In 2016, the center signed cooperation agreements with Moscow State Institute of International Relations, Yamaguchi University in Japan, Ajou University in South Korea, Liaoning Provincial Foreign Affairs Office, and Liaoning Academy of Social Sciences to further expand the communication and cooperation between the center and other universities, research institutes, and governments, which vitalized the Northeast Asian research at the university. In summary, the three prominent research features of the TCSC at Dalian University of Foreign Languages are: First, carrying out research on society and culture, foreign policies, linguistic policies, party diplomacy, and public diplomacy of Japan and the ROK based on the center’s research strengths in Japanese and Korean languages. Second, carrying out more detailed and long-term follow-up studies with regards to the promotion of the trilateral cooperation. Third, focusing on political linguistics studies in Japan and the ROK.

The Northeast Asian issues are always affected by the security situation in the region, which resulted in the structural obstacles for the trilateral cooperation. However, because of this, the trilateral cooperation mechanism carries hope for future development of the region. The three countries should perceive long-term vision, carefully cultivate cooperation in all possible domains, identify the correct route for cooperation, and slowly promote a consensus among the three countries. If the route is correct, this form of cooperation and consensus will definitely produce spillover effects and ultimately overcome structural obstacles caused by security concerns of the three countries. Currently, one problem of the trilateral cooperation lies in the lack of contribution from intellectual circles. This is because there is insufficient research on the trilateral cooperation in the three countries and a lack of view-points interactions among scholars, as well as a lack of consensus in intellectual circles. Consequently, the theoretical guidance and the foundation of consensus for the trilateral cooperation are insufficient. Therefore, there is a pressing need for in-depth research on the trilateral cooperation mechanisms. Only through understanding the characteristics and crux of the trilateral cooperation, can a suitable route for the trilateral cooperation be found. The TEMM is a relatively successful cooperation mechanism between China, Japan, and the ROK, and is one of the most valuable areas for research. However, intellectual contributions to TEMM are insufficient which include three aspects:First, a severe lack of TEMM information. Currently, the majority of research on TEMM has focused on its operating mechanisms, joint research projects, and a brief introduction of meeting outcomes, but no research has focused on the core progress and problems of TEMM. TEMM also did not release any working reports with regard to the joint cooperation projects, describing the progress of projects, periodic evaluation of the cooperation progress, and contributions by all sides. This has resulted in the lack of essential and basic information for TEMM research. Second, there is a severe insufficiency in the analysis of the TEMM cooperation progress. Current research articles on TEMM are partial as they often do not carry out sufficient analysis, and yet have given only suggestions. This will lead these suggestions to be unrealistic and unpractical. The major reason for such problems is that there is a lack of research by the academic world on cooperation characteristics, governance progress, and outcome evaluation on TEMM. This resulted in the lack of theoretical support for the future development and direction of TEMM.Third, the research approach on TEMM is narrow. Currently, research on TEMM by the academic world is superficial, as discussions with regards to TEMM lack depth and hence are unable to support the implementation and development of TEMM. The significance of TEMM is to tightly link the environmental agencies of China, Japan, and the ROK together. This not only benefits the coordination of environmental policies, but is also beneficial to the promotion of the overall environmental governance in Northeast Asia and is conducive for establishing mutual trust and establishing cooperation channels among the three countries. Because currently TEMM is one of a few relatively sustainable mechanisms among the three countries; therefore, research on TEMM should focus on regional environmental governance in Northeast Asia, and endow more roles and functions on TEMM under the greater background of Northeast Asian regionalism, in order to gain more attention from the governments of the three countries. In view of the abovementioned points, the Trilateral Cooperation Secretariat (TCS) should exert influence on the following areas: First, strengthen the network of researchers from the three countries. The TCS should effectively strengthen the links between various centers, provide guidance to the research conducted by these centers, and launch projects to guide the centers to do research on certain topics. At the same time, any actual cooperation cannot be separated from a consensus in intellectual circles. Therefore, the TCS should draw support from various TCSCs and regularly bring together experts and scholars in different fields from these three countries to strengthen the exchange and interaction among scholars of the three countries, and cultivate a trilateral intellectual consensus.Second, set up a communication network between academia and political circles in China, Japan, and the ROK. The greatest advantage of the TCS is that it has resources from both academia and political circles. In fact, these two domains often lack a channel for mutual communication. The TCS should establish a communication channel for academia and political circles by regularly holding seminars and inviting scholars and government officials to attend, so that the scholars can understand the policy-making process. At the same time, this will also provide an opportunity for government officials to understand new research outcomes from the academic world and expand their visions during their daily work.Third, strengthen the development of related websites construction for information release. The TCS should become the most reliable source of information on the trilateral cooperation. On one hand, it can provide basic information to related researchers. On the other hand, it can help the TCS to obtain greater liability. The three countries should not only focus on improving their own governmental websites, but also coordinate and establish some websites focusing on specific areas of the trilateral cooperation. 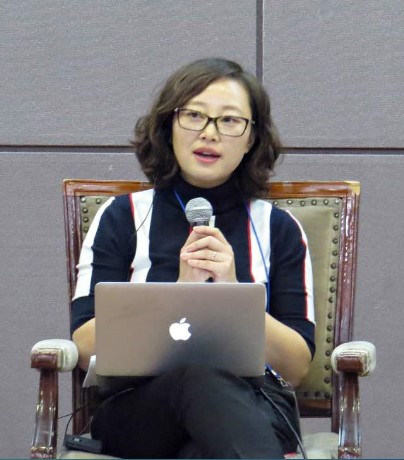