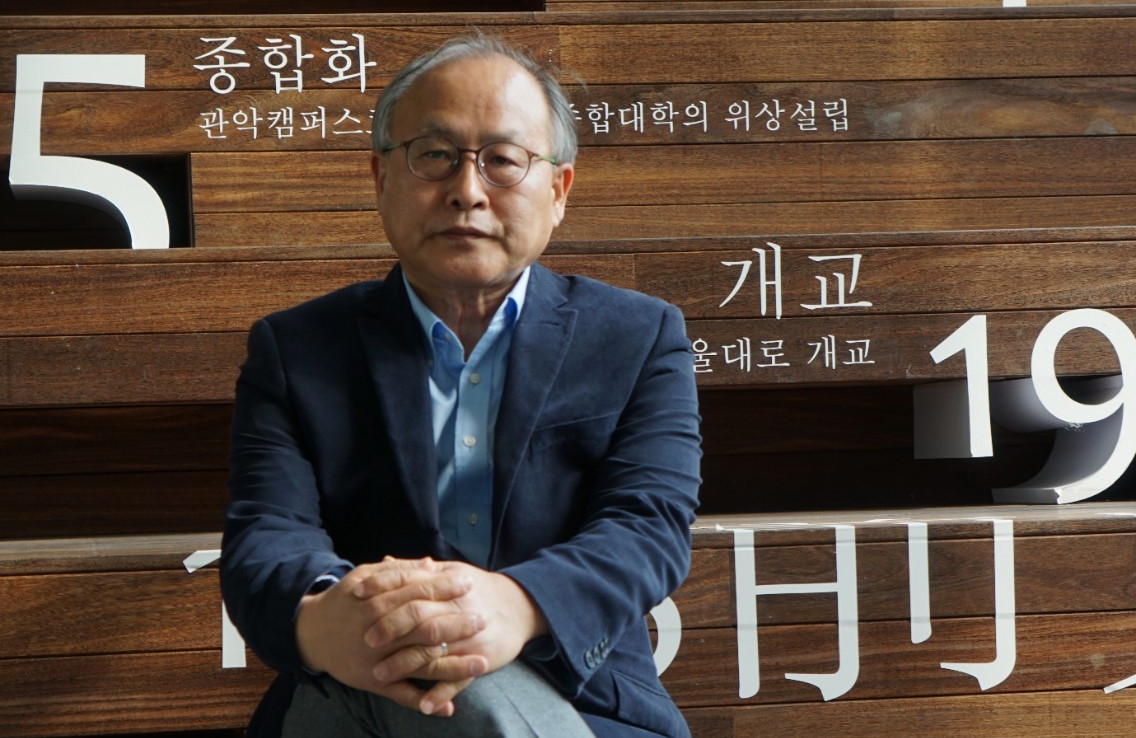 The Seoul National University Asia Center is a new research center launched only six years ago. The Asia Center has started from nothing, but it has developed into a research hub with an annual budget of 5.7 billion won in 2016, thanks to the efforts of various professors, researchers and administrative staff. Currently, around 20 senior researchers and 15 full- and part-time administrative staff are working with us. The Asia Center has three regional research bodies under its umbrella: the Northeast Asia Center, Southeast Asia Center, and Central Asia Center. Additionally, it offers seven thematic research programs including Democracy and Economic Development, Civil Society, Popular Culture, Environmental Cooperation, and US-China Relations.

As the Center’s director for the last four years, I contemplated about the unique characteristics of the Seoul National University’s Asia Center, and I arrived at a decision to set up a framework of expanding and overlapping Asian studies with Korean studies. The question I raised started with the following: Does Asian studies in the ROK or Asian studies at the Seoul National University have unique orientations and substance distinct from those in the U.S., the U.K., or Japan, or are they the same? Considering that studies construct universal theories or theories on nature, humanity, and society, they are not necessarily meant to be different. Knowledge, however, is supposed to respond to the needs of the period in which each society finds itself. In this regard, Asian studies in the ROK must be inevitably different from those in other countries. First, Asian studies is an expansion of Korean studies. If the Korean War were explored from the perspective of intervention by the U.S., the Soviet Union and China, or of confrontation between the American liberal democracy and the Soviet/Chinese socialism on the Korean Peninsula, this would constitute Korean studies within the scope of the Korean Peninsula. By contrast, if the Korean War were studied as a continuum of the global cold war, or from more macro-perspective of peace and war as the establishment and destruction of nation states, it can be understood as expanding the local war on the Korean Peninsula to the global level.How about Korean studies as overlapping with Asian studies? In regard to viewing the First Sino-Japanese War as “a war that broke out on the Korean Peninsula between Qing and Japan,” or as “a shift in the world order which terminated the tributary system," the latter would be about wrapping over the Korean Peninsula with the external context, namely, the fall of the Qing Dynasty and the collapse of the tributary system. The Mukden Incident might have been a war between the Japanese imperialism and China’s resistance to it. On the other hand, it may be viewed as the Second Joseon War in a sense that the Joseon people living in Manchuria (those who served in the Kwantung Army and those who served in the Anti-Japan Allied Army) constituted the majority involved in the incident and, further, they suffered the most (according to Morris-Suzuki, an Australian expert on Japan). This would be, in other words, overlapping the Mukden Incident with the Joseon Peninsula.How can the expansion of Korean studies into Asian studies and the overlapping of Asian studies with Korean studies be institutionalized, and what kind of knowledge forum can be created? At an institutional level, it is a well-known fact that Asian studies in the ROK has a research forum consisting of researchers studying language, culture, and history in the field of humanities, and international relations and regional anthropology in the field of social sciences. From the perspective of expansion, individual researchers from the humanities and social sciences who study the Korean people and society can create a new research area by placing the Korean people and society in the Asian context. A comparative study of Yangban in the Joseon period with the Chinese Confucian scholars or the Japanese Samurai will contribute considerably to shedding light on the historical and social characteristics of the Joseon Yangban (Miyajima Hiroshi). In this light, it is essential to provide institutionalized support to researchers in every academic field, who engage in expanding and overlapping their studies on the ROK with those on Asia.

In terms of their collective roles within Asia, China, Japan and the ROK are highly distinguished in terms of both politics and economy. It is very important for them to cooperate and identify the cooperation projects that can lead to coexistence of Asia and world peace. At the same time, the Trilateral Cooperation Secretariat (TCS) has the duty to suggest diverse ways for the three countries to contribute to the Asian community in whole.Though there remains much to explore, I herein offer several suggestions based on my brief review of the existing programs of the TCS. First, regardless of the nature and scale of the programs it would be desirable to mobilize the amassed achievements and outcomes to boost cooperation. For example, plans for a seminar aimed at young Korean, Chinese, and Japanese researchers—to present comparisons and analysis results on important problems in the three countries—has meaning in itself because it gives young researchers the opportunity to discuss political, economic, social, and cultural issues of interest. If this event continues for the next 5-10 years, the outcomes can also remain in the coming days.At this point, however, I would like to put forward a question as to how the programs can be effectively accumulated. First and foremost, the current format consists of 10 individuals delivering his or her presentations respectively, listening to the results of discussions, and enjoying a few meals together. In this way, rarely do the participants meet one another again in the next 10 years. It is also difficult to engage in an in-depth discussion because the range of topics is enormously wide. So I would like to suggest two points to overcome these limitations. The first is to re-invite the former participants who are still engaged in works related to the ROK, China, and Japan every three or five years, as a homecoming event. A biannual newsletter that shares news of these presenters or participants (through online, of course) would also be a viable option. The second suggestion is to select one or two topics when recruiting presenters. In this way, more in-depth discussions will be possible, and it will be easier to publish the outcomes as a single publication. The key point of these suggestions is to organize relevant programs with consideration in mind about how to find viable approaches for accumulating program outcomes and participants’ experiences.Finally, I would like to recommend the TCS to increase themes related to the people’s everyday life rather than those related to international relations when organizing events or programs in the future. Given the challenging political conflicts between the three countries, not only will non-political themes bring out more cooperation and participation, but also issues related to the daily lives of citizens of the three countries (for example, food, travel, bestsellers, love and marriage and senior care) will attract more attention and help to cultivate cultural understanding.