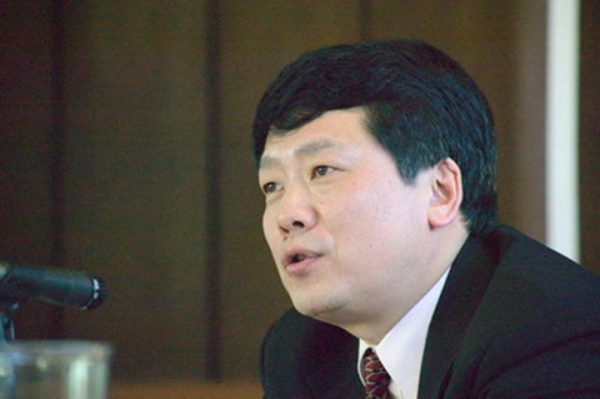 The Trilateral Cooperation Studies Center (TCSC) was established by the China Foreign Affairs University (CFAU) in October 2013, with the approval of the Ministry of Foreign Affairs of the People's Republic of China, to adapt to the needs of the trilateral cooperation, strengthen the cultural exchange and cooperation of think-tanks among the three countries, and provide intellectual support for the cooperation. It is China’s first officially recognized think-tank that specializes in studying the trilateral cooperation.

Since established, supported by the Ministry of Foreign Affairs of China and the Trilateral Cooperation Secretariat (TCS), the TCSC(CFAU) coordinated the establishment of other Trilateral Cooperation Studies Centers (TCSCs) in other universities/institutes, such as the Jilin Sub-council of the China Council for the Promotion of International Trade, Shandong University, Shanghai International Studies University, Renmin University of China, Dalian University of Foreign Languages, and Jiangxi Normal University. The network of domestic studies centers has been basically developed, and has created a close and effective coordination of various TCSCs with distinctive characteristics and research focuses. This facilitates the allocation of domestic resources and collaborative innovation among TCSCs, and provides intellectual support for the trilateral cooperation. The primary role of each TCSC is to organize international meetings, scholar and youth exchanges and training programs, and conduct research on fundamental strategies and policies regarding the trilateral cooperation.

- Organized or participated in the CJK Cooperation Dialogue for in 2014, 2015 and 2016 (organized jointly with the East Asia Foundation and Japan Economic Foundation).

- Sent delegates to the Trilateral Youth Summit in 2015.

- Set the agenda and drafted preliminary documents for the Northeast Asia Trilateral Forum for three consecutive years (2014, 2015, and 2016).

- “Changes and Trends in Japan’s Policies on the Belt and Road Initiative,” supported by “the Fundamental Research Funds for the Central Universities,” 2017.

- “China–Japan–ROK Cooperation within the East Asian Economic Community,” commissioned by China’s Joint Conference of the Boao Forum for Asia, 2016.

- “The Model and Characteristics of the Aid from Japan and the United States to the Mekong Region,” sponsored by the Network of ASEAN-China Think Tank (NACT) Special Fund, 2015.

- “Taiwan’s Policies and Japan–Taiwan Relations under Japan's Maritime Strategy,” supported by “the Fundamental Research Funds for the Central Universities,” 2016.

- “China's Trade Strategies towards ROK,” a research subtopic for the “13th Five-Year Plan” of the Ministry of Commerce of the People's Republic of China, 2015.

- “How Japan and Macau Respond to China’s Maritime Silk Road Initiative,” a research project under the China–ASEAN Research Institute, 2014.

- “A Study on the Impacts of the US–China–Japan and China–ASEAN Relationships,” a research project under the China–ASEAN Research Institute, 2014.

- “The Diverse Balancing Forces in the Dynamic World: A Comparative Study on the Strategies of Japan and Australia Towards China under the Eastward Shift of the US Strategic Focus,” supported by “the Fundamental Research Funds for the Central Universities,” 2013.

There have been signs of improvement in the bilateral relationships among China, Japan, and the ROK, with a weak foundation, especially as the political leaders of all three countries are yet to demonstrate the political will and determination to advance the trilateral cooperation significantly. In addition, the current situation in Northeast Asia is not optimistic. As a result, great uncertainties perplex the future of the trilateral cooperation.

- The three countries should reconvene and institutionalize the Trilateral Summit, as the top priority, regardless of bilateral difficulties.

- All countries should continuously extend and strengthen the trilateral cooperation in functional areas, sustainable development, and socio-cultural exchanges.

- All countries should discuss preventive measures and control mechanisms for the Korean Peninsula crisis to safeguard the peace in Northeast Asia.

- Trilateral policies to tackle the North Korean nuclear crisis based on the objective and systematic coordination of the concerns and roles of the three countries.

- How to overcome the negative interaction among the political, economic, and social systems in the trilateral cooperation: to enhance the independence and resilience of the economic and cultural cooperation, while reducing or avoiding the impacts of political relations.

- Exploration of the “macro-theory” of cooperation and integration among Northeast Asian regions to coordinate regional collaboration.

(3) Direction of Future Cooperation with the TCS

- To reinforce the Institutionalized connection with the TCS and organize regular exchange visits for experts and scholars, as well as short-term exchanges among the scholars.

- To maintain regular communication regarding different aspects of the trilateral cooperation, such as news and development, future direction, and difficulties, aiming to facilitate the joint research conducted by TCSCs.

- To co-organize Track 1.5 and Track 2 events, academic conferences, and the like.

- To reinforce cooperation with the three governments through TCS if possible, for example, scholars of the TCSC can attend certain Track 1 events.