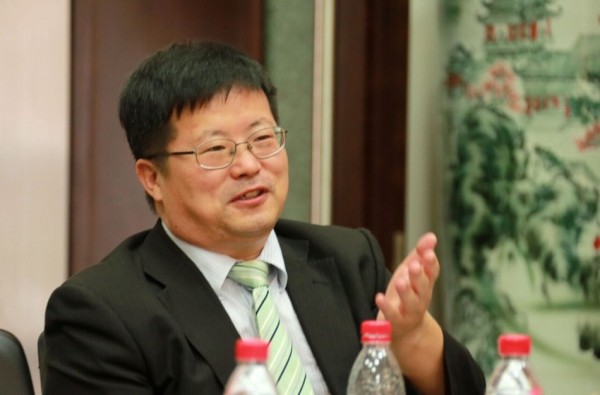 With the approval of the Ministry of Foreign Affairs of China, the first Trilateral Cooperation Studies Center (TCSC) was established by China Foreign Affairs University (CFAU) in 2013. Since then, with the coordination of CFAU, several Chinese universities including Renmin University of China (RUC), Shandong University (SDU) and Dalian University of Foreign Languages (DUFL) established their own TCSCs. TCSCs aim at promoting academic exchanges among think tanks/universities of China, Japan and the ROK, and providing academic support to the trilateral cooperation mechanisms. With full support from the universities, these TCSCs have conducted series of interdisciplinary research, organized exchange programs and achieved fruitful outcomes. This article will briefly introduce the development and achievements of the TCSC at Renmin University of China.

The Trilateral Cooperation Studies Center (TCSC) specialized in law, located at Renmin University of China (RUC), engages in cooperative legal research and international interaction among China, Japan, and the ROK with the support of the RUC Law School and RUC's Asia research academic resources. The RUC Law School, as the first formal higher legal education institution established following the founding of New China, has achieved important milestones in legal personnel training, academic research, and international exchange and cooperation, and has become the leader in domestic legal education, and a strategic center for legal academic exchange with foreign countries. RUC has outstanding academic strength in Asian research and exchange, with a large number of top talents in the field of domestic law who are familiar with the laws of East Asian countries. RUC has established the Asia Research Center, with the Vice President of RUC serving as the Director of TCSC. The RUC Law School, supported by the University's platform of dominant disciplines, actively engages in cooperative and comprehensive legal research oriented toward the Asia-Pacific region, focusing on China, Japan, and the ROK, and applies research outcomes to East-Asian legal personnel training. Since 2011, TCSC has hosted CAMPUS Asia's East Asian Community Legal Talent Program. This Program, approved and supported by the governments of China, Japan, and the ROK, aims to train talents who show mastery of the legal systems of the three countries, as well as "talents with legal and political conceptual consensus who are capable of promoting the formation and development of the East Asian Community legal system" for the purpose of building an East Asian community. Presently, more than 200 legal students from top-tier law schools of China, Japan, and the ROK have completed the exchange program, which has trained a large group of excellent legal personnel with a good understanding of the world and East Asia.

With significant support from relevant institutions, RUC's China–Japan–ROK legal research and teaching has become an important base for the study of legal topics in relation to the East Asian region, and a cooperative platform to train top-tier talents showing mastery in Asian laws. On this basis and with the approval of the Department of Asian Affairs of the Ministry of Foreign Affairs of the People’s Republic of China, RUC formally established the Trilateral Cooperation Studies Center (Law) in 2015. With the guidance of the Trilateral Cooperation Secretariat, RUC TCSC (Law) has engaged in legal research, teaching, international exchange, and cooperation oriented toward East Asia, particularly China, Japan, and the ROK, thus promoting the development of the rule of law in the East Asian region and the process of regional integration.

Since 2001, the RUC Law School has instituted a mechanism for dialogue among the deans of various Asian law schools to host the Asian Law Schools Deans' Forum, to explore possible reforms and development in Asian legal education. As of today, the forum has been held for five consecutive years in China, the ROK, and Singapore, which significantly promotes exchange and cooperation on Asian legal education. TCSC, in conjunction with the Asian Law Schools Deans' Forum, has conducted research on topics of legal education reforms in China, Japan, and the ROK, and has published a series of academic outcomes. In September 2015, TCSC (Law) successfully held its founding ceremony and the international seminar on East Asian Legal Education and Legal Profession Reforms. In the near future, TCSC is planning to publish an academic monograph of Chinese, Japanese, and ROK legal education reforms.

Under the same framework, TCSC will also cooperate with its Japanese and ROK partners to conduct research on topics such as issues related to East Asian Internet Laws and Regulations, East Asian Olympics and Regional Cooperation, as well as the Belt and Road Initiative and East Asian Legal Cooperation.

Since 2011, TCSC has been cooperating with its Japanese and ROK partners to carry out basic research on East Asian laws. Since 2012, TCSC has cooperated with Japan's Nagoya University, the National Law Information Center of the Ministry of Government Legislation (ROK), and Taiwan's National Chung Cheng University to develop the STD Program (standardized translation dictionary of laws in four legal fields of East Asia). This Program aims to promote research of comparative law in related legal topics, and enhance the international influence of East Asia by translating legal terms, laws, and regulations written in Chinese characters (Han Zi, Kanji, or Hanja) to English in East Asia like Japan, the ROK, mainland China, and the Taiwan region. The final outcome of this Program will be developed into a public database to enable convenient use by legal scholars worldwide.

Furthermore, to facilitate the implementation of the CAMPUS Asia Program, TCSC has cooperated with Japan's Nagoya University and the ROK's Sungkyunkwan University to carry out Joint Internet Lecture on East Asian comparative law. The Lecture is conducted in English and the teaching materials are offered by the scholars from each country. Based on this, English teaching materials on East Asian comparative law will be developed for use by CAMPUS Asia partners and law schools throughout China, Japan, and the ROK.

China, Japan, and the ROK are neighbors, and play significant economic and political roles in Asia and the world. Currently, the three countries face enormous opportunities and challenges for sustainable economic development, as well as difficulties coping with the complex situation in Northeast Asia. Strengthening the trilateral cooperation of China, Japan, and the ROK will serve as an impetus for the economic growth of the three countries, as well as the world, play an important role in improving international governance capacity, and bring greater prosperity to the three countries.

Legal and jurisprudence research and cooperation play a key role in developing economic and trade interactions and multi-tiered cooperation among China, Japan, and the ROK. First, there are differences in the legal systems and practices of China, Japan, and the ROK. To accurately apply the laws of each country and to eliminate friction caused by these legal differences, it is necessary to strengthen trilateral legal cooperation among the three countries. It is also necessary to further strengthen regional legal interaction and cooperation, and explore common areas of legal interest of the three countries, such as market integration of East Asian legal services, East Asian Internet regulation issues, legal protection for innovative small- and medium-sized enterprises, and international economic dispute resolution mechanisms in the new security situation. Second, as the level of cooperation among the three countries increases, it will be essential to train legal personnel with good communication skills who understand the world and Asia to facilitate the trilateral cooperation. Furthermore, CAMPUS Asia's East Asian Community Legal Talent Program will play a flagship role in training common legal talents for the region. Third, the promotion and implementation of the Belt and Road initiative will provide new opportunities and serve as a new impetus for further development and cooperation in East Asia. Strengthening comparative legal research and international cooperation on Chinese, Japanese, and ROK legal systems under the Belt and Road framework will become a new focal point of research.

The Trilateral Cooperation Secretariat (TCS), which is a multilateral intergovernmental organization established by China, Japan, and the ROK, links the three countries and provides a bridge for their cooperation. The RUC TCSC (Law) signed a memorandum of understanding on cooperation with the TCS. Under the guidance of the TCS, the TCSC hopes to provide support, guidance, and assistance to further promote research and cooperation on legal topics of the three countries, and effectively implement CAMPUS Asia's East Asian Community Legal Talent Program.