The TCS started the 1st Trilateral Young Ambassador Summer Internship Program (YAP) in Seoul from July 8, 2013. The YAP is a six-week summer internship program that offers opportunities for young people from the three countries to develop the understanding of the trilateral cooperation and ob

This year, the YAP has received a substantially large pool of more than 600 applications from Korea, China and Japan, and selected 27 students from the three countries to join the program.

In the following four weeks, the YAP interns will be involved in on-job trainings and various TCS projects, to assist TCS’ functional departments under the guidance of supervisors and department chief.

The TCS is considering to regularly hold the YAP in the future in order to promote the trilateral cooperation and foster the sense of friendship among trilateral youth. 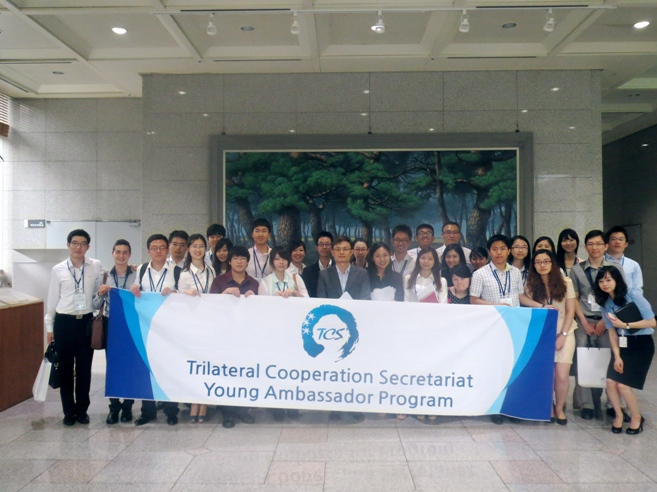 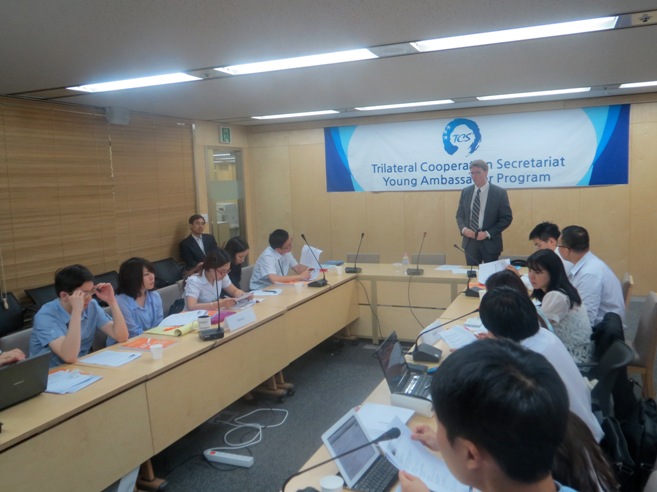 Lecture on “Diplomatic Practices and Protocol” from Dr. Danton Ford 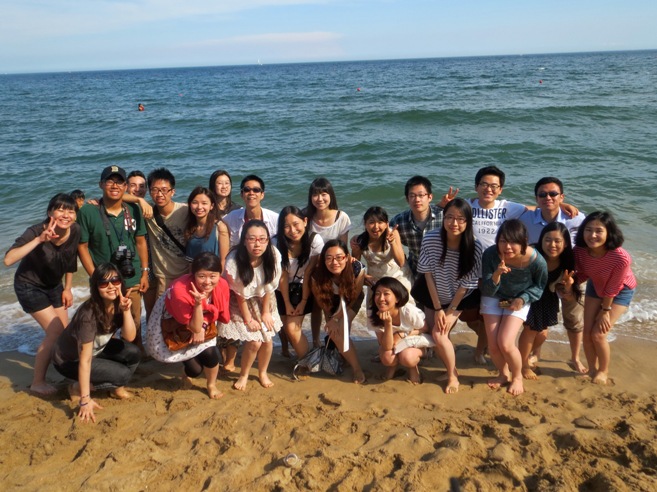 Group Photo of the YAP interns at Haeundae, Busan 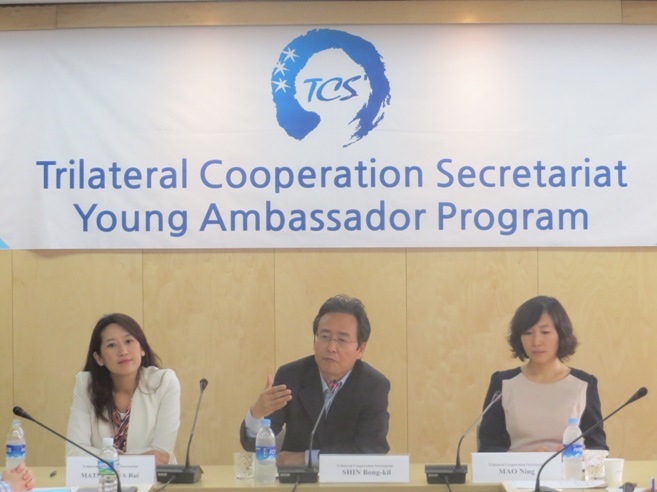 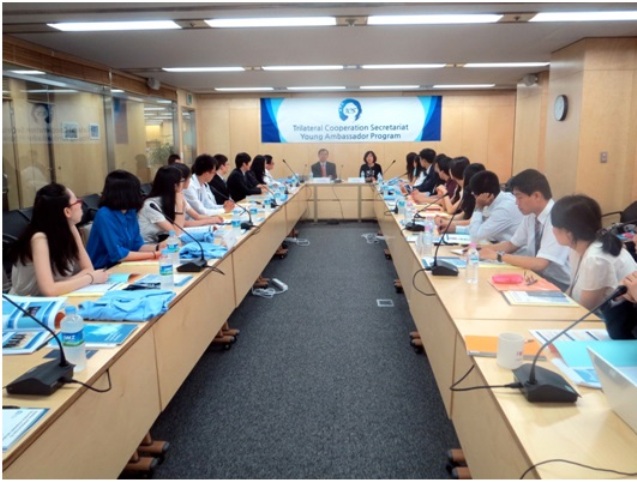 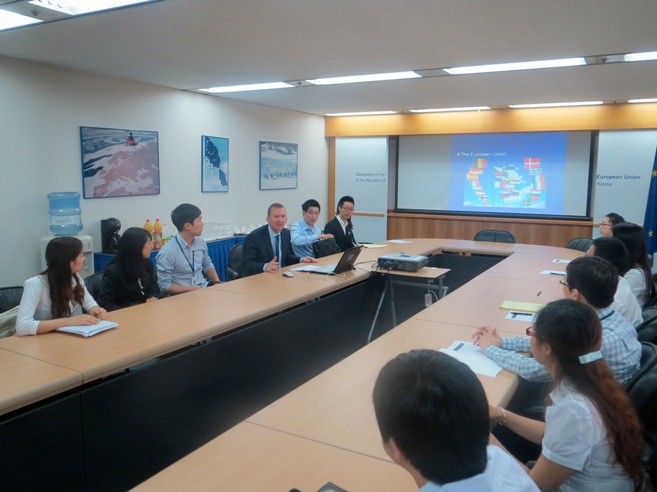