Promoting peace and co-prosperity among
China, Japan, and the Republic of Korea
TCS News
Mechanisms Trilateral Summit Meeting on the occasion of ASEAN+3 Summit 2011.11.19

Trilateral Summit was held on November 19, 2011 in Bali, Indonesia on the sidelines of ASEAN related meetings. The meeting was attended by the delegates of Japan, the People’s Republic of China, and the Republic of Korea, each headed by Japanese Prime Minister Yoshihiko Noda, Chinese Premier Wen Jiabao, and ROK President Lee Myung-bak, respectively. The delegation of the Trilateral Cooperation Secretariat, headed by Amb. Shin Bong-kil, also attended the meeting as an observer. The meeting was chaired by Prime Minister Yoshihiko Noda.

The significance of this Summit is marked by the fact that it was the first-ever meeting for the Trilateral Cooperation Secretariat to be officially invited and to attend since its establishment. In their opening remarks, each of the leaders of the three countries gave full recognition to the attendance of Amb. Shin Bong-kil, warmly welcoming the Secretariat’s first participation in the Summit. In addition, the leaders reaffirmed their support for the Secretariat’s role in promoting trilateral cooperation in a systematic and effective manner. 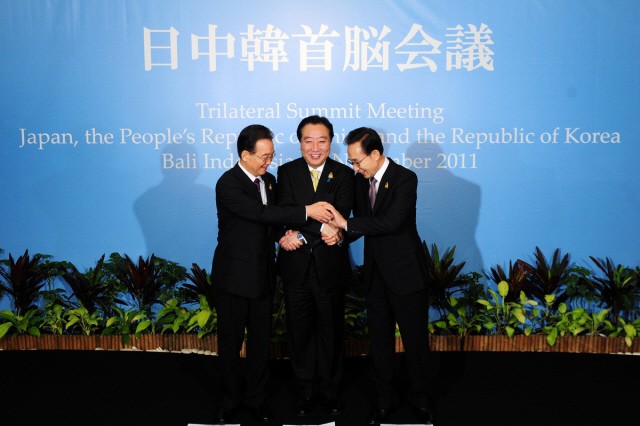